A Couple of Cold Trips

After a few weeks of working hard, there was an opportunity for Andy, Nick, and myself to get out fly fishing. At first we debated whether to fish the Bow River in Calgary or the Red Deer River closer to where we all live. With the possibility of catching walleye, pike, rocky mountain whitefish, AND brown trout...the decision was easy. Also, with the price of fuel so high, it was also more economical lol. The Red Deer River was the choice. 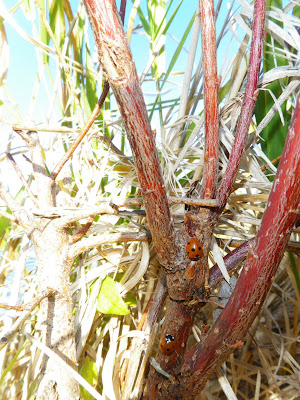 We started the day fly fishing for rockies, and Nick and I were doing well for some exceptionally large whites! Andy (the self proclaimed "whitefish king"), however, was having a tough time hooking up. After a few hours of landing some large whites, we decided to switch to streamers and try our luck with walleye and pike, with the possibility of a brown trout striking. 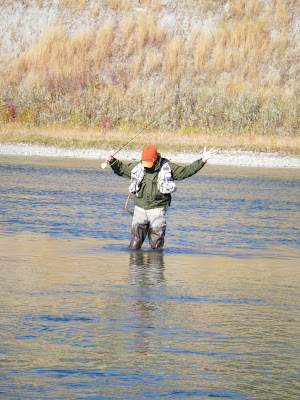 Andy was having some shoulder issues, so he chose to use spin gear while Nick and I stuck with the fly on this day. A few minutes in, and I hooked up on a decent little pike, which Andy graciously released for me in the ice cold water! 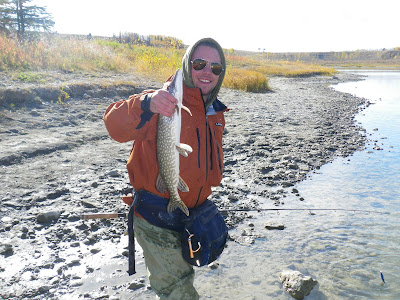 Nick managed to find a school of walleye and was into quite a few after that as well. The weather started to cool off more, and the wind started to howl, so we took off to Dickson Trout Pond to end the day. Dickson wasn't so kind, and must have been turning over as the water was dirtier than a rotting salmon on Labour Day. We got skunked on Dickson, but it was a great day to get out and wet a line.

About 1-2 weeks later, the forecast was calling for one nice day before the weather turned sour on us. Andy and I had the day off, so decided to try and rekindle the good fishing on the Red Deer that we had with Nick. I used my 10'7" 6 wt Loop Opti Switch rod all day for whites and walleye, and Andy used his 11" Amundson Wind Warrior 6 wt switch rod. It was comfortable to swing the switches all day, and it meant less false casting in the cold weather. We didn't have as much time to fish this day, but in the few hours we managed some more whites. After we were done with the whites, it was back to the walleye fishing to cap off the day. 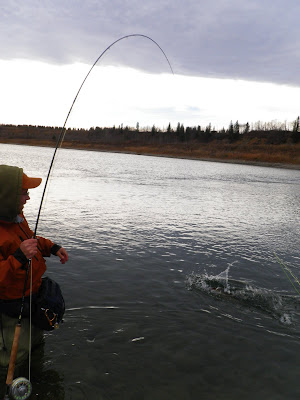 Andy started by losing a massive pike on a black crystal bugger. Our luck got better though, and we managed to catch a few nice walleye to end the day. There were no brown trout caught on either trip, but it is always nice to have the chance to hook into a large brownie while fishing for other types of fish! 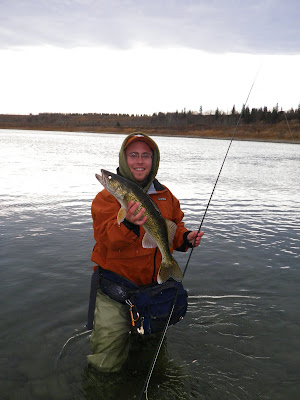